In the last post on the KCG Content cannabis blog, we introduced the Green Series. In this post, we will look at the concept of the green rush in more detail to illuminate how it shapes modern conceptions of cannabis. The post also lays the groundwork for the theme “change in cannabis,’ which we will revisit throughout the Green Rush Series.

Cannabis represents the most sensationalized, as well as the most misunderstood, industry in the modern business landscape. For those that do not know, “green rush” is a hyperbolic term used to describe the cannabis industry as a sort of “promised land” where endless opportunity looms around each corner. 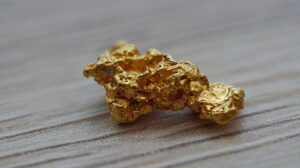 It goes without saying, much of the language and imagery used to portray the green rush is taken, somewhat ironically, from the California Goldrush of the 19th century. Case in point, one East Coast newspaper headline printed in 1849 reads: “El Dorado of the United States of America – The Discovery of Inexhaustible Gold Mines in California.” Similarly, one does not need to look any further than CNBC and their hit show “The Profit: Marijuana Millions” to find an entire television show dedicated to the sensationalizing of the industry. However, for those who work in the cannabis industry and have experienced the highs and lows of this explosive business, it’s evident that opportunity and profit don’t come so easily. In fact, cannabis professionals know that the term green rush is actually a gross oversimplification of a complex paradigm change in international drug policy.

Within the shifting landscape of legalization and opportunity, some lucky souls have certainly managed to “strike it rich” in cannabis. However, as we will soon see, anyone who has made easy money in cannabis has done so by manipulating changing laws and business opportunities for their own needs. For the rest of the industry “playing by the rules,” cannabis policy changes and resultant business opportunities afford a “trickle-down” of profit … at best. Furthermore, the socioeconomic consequences of this new industry are far from being realized and it is still largely a guess as to who will reap the final rewards of legalization.

An Industry of Change

Cannabis differs from the gold rush and other “boomtime industries” in the fact that the cannabis market is not manifesting from the dust – this fact has also led to much of the confusion surrounding the industry. Cannabis consumption and subsequent trade have been around since time immemorial. In the current era, we find ourselves in a curious place where governments are beginning to see the immense profit laden in cannabis, while also nervously admitting the substance is relatively harmless. As a result, the cannabis industry is evolving rather than growing. With this evolution, it is progressing from illegal trade, shrouded in mystery, to a legitimate profession that has captured the attention of the globe.

As legalization advances across the world, the immense economic power found in cannabis is being transferred from illegal enterprises to tax-paying businesses and government entities. Moreover, as the new, regulated industry grows, entrepreneurs, investors, and professionals are struggling to find an identity for themselves – an identity free of the mystique generated in prohibition-era models. This is a complicated process. Within this environment of change, the term “green rush” represents the mindset of misinformed parties who attempt to explain the cannabis industry to a world largely naïve to the complexities of this industry. Truly, the green rush mindset – and all those who buy into it – embody the age-old adage of “the blind leading the blind.”

Benefits of Working in the Cannabis Industry

Controversy, critiques, and criticisms aside, the cannabis industry represents an extremely exciting movement and business to take part in. As a collective group of people, cannabis professionals are adjoined in the struggle to shape this nascent industry, while watching it both manifest and evolve in real-time. 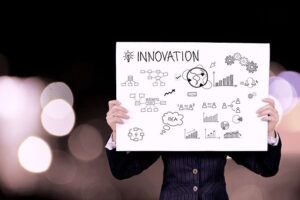 The cannabis industry offers more than a paycheck. For starters, the cannabis business affords advocates the ability to legitimize cannabis medicine in the eyes of the mainstream. For those sick people who have been positively impacted using medical marijuana, the value of these efforts goes beyond even words. Secondly, every cannabis professional works in this industry comprised entirely of startup businesses. Therefore, there is strong connectivity among peers in the industry. Simply because, people can identify with one another’s struggles to find stability in such a volatile business. Finally, the cannabis industry offers endless opportunities for innovation, as entrepreneurs and creative thinkers alike consistently push for novel solutions to problems in business and beyond.

In the end, those working in the industry are often motivated to work long hours with little pay, because they understand they are taking part in something larger than then themselves. It’s precisely this passion, gumption, and motivation that defines the cannabis professional of today, which is a far cry from how the industry is generally seen from the oversimplified green rush mindset.

The Green Rush Series on the KCG Content Blog

In next week’s Green Rush Series blog post, we will look at the exponential growth undergone in the cannabis industry with widespread legalization. This rapid advancement sets the stage for the green rush myth as it comes to influence various market manifestations across the industry.