The Black Market in a Changing Industry (Part 5)

The Black Market and the Evolution of the Cannabis Industry

In the last post of the Green Rush series, we introduced the concept of black-market cannabis. The primary takeaway from this post is the fact that ideas from the illegal cannabis trade still influence the legal industry. This transference of ideas occurs even though the actual business structure of black market cannabis is nothing like that of legal cannabis.

The quickness in which the cannabis industry is transitioning from the black-market model to a legitimate industry is nothing short of amazing. A great example of this fact lies with hydroponic garden stores – those businesses responsible for supplying cannabis growers with cultivation supplies. Just 25 years ago during the 1990s, it was illegal for hydroponics stores to even sell cannabis cultivation books in the same store as grow equipment. Fast-forward to the industry of today, these same stores have “commercial accounts” directly with cannabis growers and dispensaries sell plants over the counter.

Looking back to the 1990s and early 2000s, it’s all-to-easy to forget that cannabis cultivation was a highly-secretive and highly-illegal affair that took place not far in our past. Needless to say, cannabis was demonized nearly across the board concerning both businesspeople and politicians. 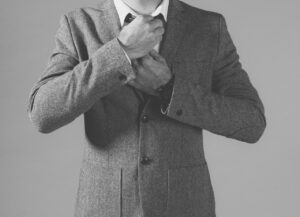 Today, somewhat ironically, corporations and politicians alike see huge financial opportunities in cannabis and are likely the ones to profit most from the legal industry. For example, former Republican House Speaker John Boehner, who held a “hardline” anti-cannabis view in his political career, is now on the Board of Directors for Acreage Holdings, a massive cannabis funding firm. Similarly, in December 2018, the giant corporate tobacco entity Marlboro invested $1.8 billion into the Canadian cannabis company Cronos.

It’s also worth noting that these rapid changes in policy and public opinion often negate the fact that tens of thousands of people are still in prison for growing and selling cannabis. Yet, simultaneously, corporate interests are now reaping the rewards of a legal industry while their predecessors continue to be demonized as “drug dealers.”

The Current Cannabis Workforce and the Black Market

A final point of consideration to make in how the black-market trade influences our understanding of the contemporary cannabis space has to do with the established workforce within the industry. Due to the prohibition model, most cannabis professionals that have a solid understanding of cultivation and processing techniques find their roots in the black market. As such, we see a fascinating juxtaposition of ideologies in the modern cannabis space, as it looks to legitimize itself while simultaneously utilizing a talent pool that has been unabashedly considered “criminal.”

This obscure talent pool is largely responsible for the development of such concepts as indoor gardening, hydroponic growing, light deprivation, bubble hash, hydrocarbon extracts, and many more. Even more interesting, due to illegal breeding efforts, these underground cannabis authorities are responsible for the extensive genetic library of cannabis now utilized by legal commercial grows all over the world. 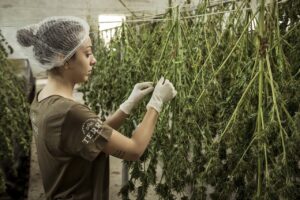 While large legal cannabis companies like Canopy Growth Corp and Medmen are obviously operating in an entirely legitimate fashion, on a biological level, businesses like these will always be tied to the illegal cultivation efforts of underground breeders. Therefore, while it is invaluable for the entire industry to work towards destigmatizing cannabis through professionalism and integrity, there is still a debt of gratitude to be paid to those willing to break the rules during the prohibition era.

As we continue to develop our understanding of what exactly a cannabis professional is in contemporary times, we will see a continued exchange of ideas and processes between illegal and legal markets. In the end, paying homage to a skilled underground cannabis breeder for the contribution to the science of horticulture is a far cry from heroizing people the likes of Nate Norman.

The evolutions of the cannabis industry from black-market dealings to mainstream corporate investment models did not happen overnight – there countless moving parts and influences that have shaped the industry of today. Within all of these interweaving narratives and energies, the idea of consistent change is, somewhat paradoxically, the only constant factor.

While it’s undeniable that the legal cannabis industry is here to stay, we must remain conscious of the cannabis industry’s history. Largely because, many of the misrepresentations of the industry today are directly tied to ideals originally sourced from the black market, especially the “get rich quick” mentality of the green rush mindset. Yet, as the industry continues to evolve, one would hope we could gain a more realistic appraisal of the present market while also working to pardon those still in prison for cannabis-related offenses.

The KCG Content Blog and the Green Rush Series

The next addition to the Green Rush series on the KCG Content blog will introduce the medical cannabis industry. In doing so, we will explore how the infrastructure of medical cannabis markets sets the stage for legitimate business in cannabis.