The last installment of the Green Rush Series on the KCG Content blog introduced medical marijuana. In this post, we will look more in-depth on the topic of MMJ by studying the Ohio cannabis industry.

The Ohio cannabis industry offers a great sample for analyzing how a medical marijuana market operates. At the program’s conception in Ohio, the State had approved 21 qualifying conditions for their program, with most of these being terminal illnesses such as aids and cancer. However, the State’s list also allows the use of medical cannabis for less-severe maladies such as chronic pain and PTSD. Whatever the reason an individual is looking to enter the Ohio program, their application must be approved by the Ohio State registry. This process begins by establishing and maintaining a relationship with a certified, resident physician in Ohio.

Moving forward, this doctor must diagnose a qualifying condition within a patient, as well as present this condition to the State of Ohio in a “complete patient registration submission.” Once approved and within the State of Ohio registry, patients must renew their medical cannabis access on an annual basis, again with the backing of their doctor. What can be gleaned from this brief expose into the Ohio medical marijuana program is that approval for patient usage is extremely difficult. On a broader scale, these careful steps create the substructure for the entire medical cannabis program in Ohio.

In tightly-controlled medical marijuana markets as seen in Ohio, business opportunities are bound to a State’s patient count. Therefore, the more medical cannabis patients present in Ohio, the larger the revenue derived from the industry. This revenue, in turn, influences potential profits and job growth. 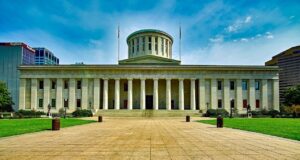 While the steps that patients must undergo to acquire medical cannabis in places like Ohio are quite difficult, this challenge grows exponentially harder for those looking for business opportunities in medical states. For starters, the difficulty of doing business in these areas is heightened by the exorbitant fees cannabis companies face with both application fees and licenses. To illustrate, Ohio carefully controls how many cultivation licenses are issued in the market, these being Level 1 Licenses that allow for 25,000 sq. feet of canopy and Level 2 Licenses that allow for 3,000 sq. feet. When their initial round of licensing ended in late 2018, Ohio has issued 26 cultivation licenses for their medical market, with 13 licenses each in Level 1 and Level 2. The competitiveness in acquiring these licenses is apparent in the fact that Ohio received 185 total applicants, with 109 applicants for Level 1 and 76 applicants for Level 2.

Application numbers are extremely relevant in understanding the transition of economic power in the cannabis business as it undergoes legalization. To this end, at the offset of their application process, the State of Ohio charged $20,000 per application for Level 1 cultivation licenses and $2,000 per application for Level 2 licenses. Importantly, these fees represent the first financial exchange in the Ohio medical cannabis market – directly into the hands of the government. In total, before they even had a medical cannabis program running, application fees for cultivation permits brought in a whopping $2.352 million for the State of Ohio – much of this money was spent by companies who will never even get a cannabis plant in the ground.

A similar phenomenon took place in Ohio with dispensary applications for retail cannabis sales, where the State issued 56 licenses out of 376 applicants. In a fashion seen with cultivation licenses, each applicant in Ohio paid a $5,000 fee with their application – this process earned another $1.8 million for the State of Ohio. Even more, once a company receives a cannabis business license in Ohio, they face almost countless operating and licensing fees while “getting off the ground.”

By late 2018, Ohio had realized an astounding $11 million in income from a medical marijuana program still not up-and-running. Money all came from the pockets of venture capitalists and entrepreneurs yet to realize even a penny in return. As can be seen, starting and operating a legal cannabis business in a highly-regulated medical market is anything but easy or cheap. While the dollar figures are evident in the aforementioned statistics, what is often neglected are the endless hours and legal fees that go into applications / licensing, business plans, and funding rounds. Moreover, all of this energy and resources are directly funneled into government channels which immediately realize profits in the millions of dollars.

Other Takeaways from the Ohio Cannabis Space

The massive overhead seen in the licensing process for the industry in Ohio influences many other elements of business operations, including job creation. With such exorbitant costs comes a rapid professionalization of the industry, as businesses must work efficiently to counteract their massive expenditures. Moving forward, the sophistication of these business plans resemble modern-day pharmaceutical manufacturing companies, as opposed to the simplistic cultivation and smuggling operations seen in the black market.

For those naïve to the actual inner workings of the legal cannabis industry, the sheer sophistication of legal operations can be quite shocking. This makes sense, as new medical marijuana companies in places like Ohio are operating deep “in the red” from the outset, and it will take years of lean operating to turn a profit. 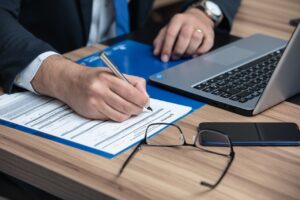 The notion of a professionalized medical industry is explicit in markets in the East Coast and Midwest, where many companies are run by directors with work histories in the hospital and pharmaceutical industries. In a similar vein, you sometimes see employees at cannabis dispensaries wearing medical scrubs as a uniform, and the language of the environment is cased in medical terminology. In dispensary environments like these, cannabis products are generally branded under their medical applications, such as “good for pain relief.” This is quite different than how cannabis has been traditionally marketed and sold under ambiguous names like “Sour Diesel” and “White Widow.”

If looking to work in the medical cannabis space, people should be forewarned that these are serious business operations interested in servicing patient needs. This notion is especially pertinent in conservative parts of the nation, where employee teams are comprised of anything but your stereotypical cannabis enthusiast.

This brief medical marijuana industry analysis has exposed some interesting facts. One of the most noteworthy changes seen with the dismantling of prohibition in States like Ohio is that the power behind the cannabis trade is transferred directly into the hands of the State. To this end, medical markets like those seen in Ohio present a more realistic picture of actual cannabis industry dealings today than those often perpetuated through the green rush myth. Because, profit margins in medical cannabis States result from a sophisticated balancing of government control with our standard understanding of capitalist economics. Within this structure, the market is stimulated by the spending of qualified patients, and profits are derived by those few businesses that have attained licensing.

The KCG Content Blog and the Green Rush Series

If you are interested in this Ohio cannabis industry analysis and would like to learn more about cannabis business topics, keep an eye out for the next installment of our Green Rush series. In the next edition, we will look closely at the grey market and how it influences our views of the green rush.