In the last edition of the Green Rush Series, we looked into black market cannabis and the role it continues to play in today’s legal industry. Even more, this study helped elucidate how ideologies from the black market era incorrectly inform the green rush myth in the legal industry. Looking at the next installment of the series, we will engage in a medical marijuana market analysis to better understand how legalization has stimulated change in the industry.

The medical marijuana industry has given rise to all our ideas and conceptions of “legal cannabis” in the United States and beyond. This is a notion often forgotten in today’s industry, where stock figures and profit margins garner far more media attention than those sick people who originally fought for legalization – out of pure medical necessity. Either way, these medical patients are really the ones who made the world take notice of cannabis, and in turn, created pathways to such things as recreational markets. Any thorough medical marijuana industry analysis cannot negate this fact.

The legal cultivation, processing, possession, and sale of cannabis would have never been accepted without medical freedom fighters pushing to bridge the gap between the underground cannabis culture and the mainstream. It literally took “life and death” situations on the part of epileptics, HIV patients, and cancer survivors to pull this miracle off. 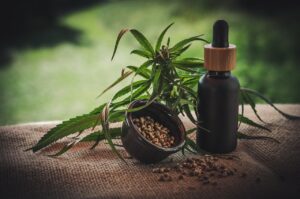 In business, the legal use of medical cannabis under the protection of State governments has forever altered the marijuana trade and shuffled in a new paradigm of legal commerce. With this progression, medical marijuana programs have given cannabis businesses the opportunity to operate in a legal fashion. Within this framework, the history of market growth under the medical market model represents a convoluted give and take of rapid business expansion and retraction that comes hand-in-hand with the changing of public opinions on the benefits of medical marijuana.

Medical cannabis has also opened the doors for a flood of new business models – such as cannabis dispensaries – and provided the original glimpse of regulated markets. Looking to the future, the modern cannabis industry finds itself in an interesting position regarding medical cannabis: we are forever grateful to those who fought for legalization under the auspices of medical need, while people simultaneously attempt to monetize these efforts in less restrictive markets.

Medical marijuana programs have helped transform the cannabis industry from a secretive, underground enterprise to a tax-paying industry that operates within the limelight of the public. These markets employ countless structures to control the flow of cannabis in any given area. Importantly, this notion represents a vast departure from the freewheeling nature of the black-market. To this end, the medical cannabis space has given the public an intimate view of this industry for the first time, and all the controversy that comes with such brazen new enterprises.

In 1996, the State of California passed the historic Proposition 215, which established the first-ever legal medical marijuana market within the borders of the United States. The induction of Prop 215 was a watershed moment for cannabis enthusiasts the world over – not only did it give patients in CA the ability to procure legal cannabis, but it also laid the framework for legal marijuana commerce. California’s unprecedented decision to legalize medical marijuana set the foundation for the development of a legal cannabis industry—over a decade before states like Colorado, Washington, and Oregon decided to follow suit.

While Prop 215 was certainly celebrated by cannabis advocates, the early medical market in California lacks little resemblance to what we see today in new medical States like Pennsylvania. It’s critical to understand that things were much different in the late 1990s and early 2000s and that cannabis did not have nearly the acceptance seen today, some twenty years later. To this end, California was literally on its own in creating the nation’s first medical marijuana program – often against both public and political pressures.

The first thing to understand about medical marijuana programs is that patients must have verifiable “qualifying conditions” to legally procure and consume cannabis. This list of qualifying conditions, when juxtaposed with a State’s population, is responsible for creating (out of medical need) the entire consumer base of a given market. Yet, while all medical marijuana programs are directed controlled by patient needs through qualifying conditions, each State market devises unique controls for both medical patients and business operations. In turn, as the medical cannabis industry continues to grow across the United States and the world, unique markets arise under these stimuli of patient needs, government regulation, and business opportunities.

While growth and innovation are doubtlessly exciting, it also leads to a disparate “patchwork” of medical cannabis markets that sometimes share very little in how they operate – proving confusing for professionals, entrepreneurs, and investors alike. These challenging, confusing, and rapidly changing market segments, also present a vast departure from the simplicity of the “get rich quick” mentality propagated through the green rush mindset.

The Green Rush Series on the KCG Content Blog

In the next installment of the Green Rush Series on the KCG Content blog, we will continue to look at the medical marijuana market by studying the Ohio industry.