In the last addition to the KCG Content Green Rush Series, we discussed the rapid growth of the legal cannabis industry. This week, we look at black market cannabis to better understand how the illegal trade still affects the legal industry. Most notably, the “get rich quick” mentality of the black market era is a major contributor to the current green rush myth.

As most are aware, the cannabis industry finds its roots in the black market, with illegal activity comprising the entirety of marijuana business history. Through legalization efforts, the cannabis industry is evolving from illegal production and trade into a legitimate industry. Yet, a vast majority of our knowledge about the cannabis plant comes from black-market production, including cultivation and processing techniques. Similarly, much of the culture surrounding cannabis is still intimately tied to the prohibition era, where cannabis consumers have traditionally been typecast as outcasts and “stoners.”

Unfortunately, cannabis stereotypes bleed into the business world, where today’s cannabis professionals are still stigmatized by outdated, drug war beliefs. As such, the modern cannabis industry finds itself in an extremely precarious position: it is forced to utilize knowledge developed in the underground while simultaneously attempting to liberate itself from the stigmas of the black-market.

The relationship between the black-market of old and the regulated industry of today is still largely undefined. However, it’s safe to assume that ideations of black-market cannabis dealings (especially the “get rich quick mentality”) are directly attributable to today’s green rush mindset.

While the prohibition of cannabis has sustained illegal international trade with nations like Mexico for decades, there has also been a thriving black market at home in the U.S. for a comparable amount of time. This notion is certainly no secret, as regions like Northern California have survived almost exclusively off the illegal cannabis industry for over 40 years. 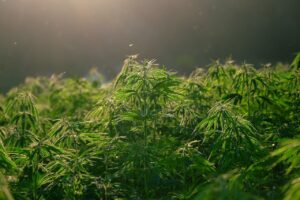 In today’s cannabis industry, the black-market consists of growers, processors, and brokers who produce and sell cannabis with no legal protection. To illustrate, they are set apart from grey-market operations (which we will review shortly) because grey-market growers mask the illegality of their grows behind medical marijuana programs, while still selling on the black market. Conversely, black-market operations have no legal protection from medical or recreational marijuana programs.

A vast majority of black-market production, processing, and sales in the U.S. today is seen in the west, namely in California, Oregon, and Washington. Traditionally, these locales have had relatively liberal leanings on cannabis laws. Also, these States all have exceptional climates for outdoor cannabis cultivation, as well as enough secluded locales to support an enormous number of commercial sized outdoor gardens. All of these factors combined have led to well-established black-market cannabis economies in certain regions of the Western United States. To support such niche economic models, black-market trade routes run West to East, as the Western states supply a large amount of cannabis bought and sold in the Eastern half of the country.

The black-market cannabis trade in the United States has been illuminated by some high-profile cases concerning illegal cultivation and sales. As we have been discussing, it easy for the legitimate cannabis industry of today to be overshadowed, as well as misrepresented, by such sensational stories. Case in point is the “Kid Cannabis” tale of Nate Norman, an Idaho teenager who achieved mass media attention – as well as Hollywood film prestige – for his extravagant black-market dealings during the early 2000’s. 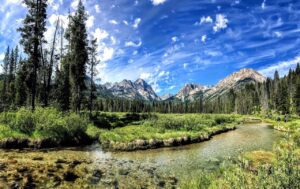 According to a 2014 New York Post article titled “Nerdy Teenager Turns Weed Kingpin,” Norman made nearly $38 million illegally smuggling cannabis from Canada into the United States. Amazingly, Norman began his immensely profitable marijuana smuggling operations at the age of 19, when he was a pizza delivery person making just $6 an hour.

He reportedly smuggled 7 tons of cannabis into the United States over a several year span, all the while grossing millions of dollars annually. To accomplish this feat, Norman established an unsophisticated backwoods smuggling routine that moved product from B.C. to Idaho – where his teenage buddies would then transport the goods.

For those that did not know, British Columbia has since been a hotbed for black-market cannabis production. This region’s scale of illegal production and processing rivals that of such areas as Northern California. Similarly, as seen with all drug smuggling routes, Norman figured out that transporting cannabis from a region where it is abundant to a region where it is scarce is immensely profitable. Yet, Norman’s illegal smuggling enterprise came crashing down in 2004, when a twisted tale that eventually ended in murder attracted the attention of the local Idaho police.

Norman’s story is quite telling regarding black-market cannabis activities as juxtaposed against the legal business dealings of the industry today. Namely because, cannabis prohibition is directly responsible for creating the climate in which such an enterprise could take place. As such, with cannabis being illegal as well as difficult to procure in Idaho, Norman could generate astronomical revenues with a simple “risk-all mentality.”

As seen with all facets of the black-market, by breaking the law there is always good money. Interestingly, the risk-reward ratio present in illegal activity is the actual root of the get rich quick attitude exacerbated in the green rush mentality. Moreover, and as will be seen shortly, as the world continues to end cannabis prohibition and develop legal markets, business models are rapidly evolving in complexity. This notion stands in stark contradiction to the simplistic operations of many drug smugglers.

Norman’s tale is not only sensational due to large profits, the simplicity of his dealings also makes for remarkable headlines. In essence, with no relevant skill sets, Norman and his companions were able to make $38 million in just a few years by simply crossing an arbitrary line with heavy duffle bags. To this end, stories such as Norman’s not only portrayed the cannabis industry as a get rich quick opportunity, they also depict cannabis professionals as unsophisticated risk-takers. Subsequently, those parties uneducated about the cannabis industry misconstrue tales such as this as representative of today’s legal marketplace.

Media outlets, job searchers, venture capitalists, and entrepreneurs are easily misled under false narratives of easy money. Yet, as will be seen in this work, the industry of today represents a complex marketplace where government regulation, private enterprise, investment capital, and business tax are pushing cannabis into the mainstream – including Wall Street. These new business dealings represent a novel paradigm in the history of cannabis, where the marijuana trade more closely resembles the modern wine industry than the fantastical tales of Norman and his counterparts.

The Green Rush Series on the KCG Content Cannabis Blog

In the next post for the Green Rush series, we will look more specifically at how the black market influences the legal industry. Some of the primary focuses will be on the cannabis workforce and shifting worldviews on cannabis-related taboos.