Advance of the Cannabis Business (Part 3)

Exponential Growth in the Cannabis Business

In the last post on the KCG Content Green Rush Series, we defined the term “green rush” and illuminated how this idea influences modern conceptions of legal cannabis. In this addition to the series, we will focus on the rapid growth of the legal cannabis business. In doing so, we will better understand how the green rush myth is able to infiltrate the cannabis industry so prolifically.

As the cannabis business continues its rapid evolutions from illegal trade to a legitimate profession, opportunities arise under the pressures of swift market expansion. The sheer size of this new, regulated marketplace is astounding and speaks directly to how large the black-market cannabis trade has been.

As legalization advances across the globe, economic power is removed from the hands of criminal enterprises and given to tax-paying businesses. This transference of economic power has led to undeniable growth for the legal cannabis industry in the U.S. and beyond. This growth presents opportunities for investors, entrepreneurs, and job searchers alike. Taken as a whole, these characteristics make the cannabis industry unique and exciting as a professional field. However, simultaneously, the confusing behavior of disparate cannabis markets combined with the painfully slow transition from illegal trade to legal business also leads the path for distortions – such as the green rush mindset.

The change, and subsequent growth, surrounding the United States cannabis industry is undeniable. As of December 2018, 34 States have legalized medical cannabis, with 11 of these (plus Washington DC) allowing for recreational use. This is well over half the States in the union.

Looking back, California and Colorado set the stage for industry growth, with California establishing the first medical program in 1995 and Colorado the first recreational program in 2013. Beyond these momentous movements, the 2016 elections were an obvious turning point. In this unprecedented election, more people voted to legalize either recreational or medical cannabis than voted to elect President Trump. When the smoke finally cleared in late 2016, a total of 7 States had enacted new legal cannabis programs, with California opening the world’s largest recreational marketplace.

In the years since the election, the legalization movement has continued to rapidly gain momentum. In some of the most impressive turn of events, traditionally conservative states like Wisconsin and Indiana have enacted legal hemp programs related to industrial fibers and CBD production. All things considered, and if we include industrial hemp programs in our numbers, a whopping 46 of 50 U.S. States have legalized cannabis in some form. If these figures sound confusing, that’s fine, they probably should. The cannabis industry represents a venerable jigsaw puzzle of moving pieces that consistently shift under the pressures of legalization and regulation.

As the cannabis industry continues its evolutions from an underground trade to a legitimate profession, it brings with it the promise of huge financial gains on both local and global fronts. To illustrate, a Forbes article published in March 2018 cites market research by the Arcview Group and BDS Analytics which states that “Spending on legal cannabis worldwide is expected to hit $57 billion by 2027. The adult-use (recreational) market will cover 67% of the spending; medical marijuana will take up the remaining 33%.”

These sorts of growth trends are occurring simultaneously across the globe, with nations in nearly every continent opening some form of the legal cannabis market. Of particular noteworthiness is the European nation of Germany, whose import/export model is already garnering the attention of industry leaders. Yet, experts agree, North America is leading the charge in the global cannabis movement, with Canada enacting a nation-wide recreational market in October 2018 and the United States continuously pushing the frontiers of innovation in the industry.

Forbes predicts that the fact that, on a global scale “[t]he largest group of cannabis buyers will be in North America, going from $9.2 billion in 2017 to $47.3 billion a decade later. The largest growth spread, however, is predicted within the rest-of-world markets, from $52 million spent in 2017 to a projected $2.5 billion in 2027.”

What is evident here is that cannabis is quickly transitioning from a cottage industry originally conceived in medical markets in places like California to an international powerhouse of production and sales. For Canada, this international growth also means conglomeration, as their laws allow cannabis businesses to export products all over the globe. This forward-looking model counteracts the biggest obstacle of cannabis business growth in the United States – that being borders. While plant-touching businesses in the United States cannot sell cannabis products across State lines, Canadian businesses can tap into economies far removed spending habits of their own populace.

One of the most exciting factors in the evolution of the legal cannabis business involves job creation. As the market transitions from an underground affair to a legal enterprise, thousands of jobs have created that tap a variety of skillsets. Even more, the cannabis workforce is nothing short of intriguing – it represents a mix of entrepreneurs, advocates, enthusiasts, business people, growers, and medical professionals strewn together in a melting pot of volatile startup workplaces. The resultant culture could not be more diverse, as it is not unusual for a cannabis grower with experience in illegal production to be working under the same roof as a compliance person with a history in law enforcement. Make no mistake about it, many of these cannabis businesses are worthy of a book or television show themselves. 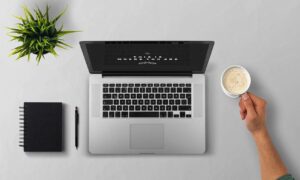 Looking at job creation, the writing is on the wall, the cannabis business is creating jobs at an astounding rate. For starters, as of late 2018, statistics show that an astounding 160,000 people are employed in the cannabis industry. More amazingly, according to a Forbes article published in April of 2018, Zip Recruiter.com CEO Ian Siegel reports that their popular job board has seen a 445% increase in cannabis-related job postings “year after year.” To put this job creation in perspective, Zip Recruiter reports that healthcare-related jobs rose over 70 % in 2017, while tech-related jobs saw an increase of 254% in the same year – neither of these fields comes anywhere near cannabis.

All things considered, while the legalization of cannabis is offering economic empowerment to small business owners, we are also seeing some serious job creation for professionals interested in the industry. Yet, unlike high-risk, high-reward opportunities in the illegal cannabis trade, these new careers represent opportunities like those seen in other regulated industries, such as liquor production and sales.

The KCG Content Cannabis Blog and the Green Rush Series

The next installment of the Green Rush series will introduce our first market analysis: black market cannabis. This study will show how ideas from the black market era inform the legal industry of today – including the green rush myth.